A Morganton man has been charged with breaking into two homes and holding one of the homeowners at knife-point. 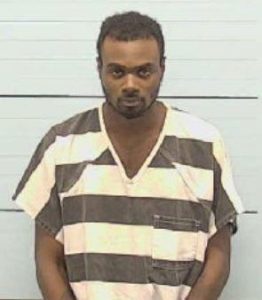 21-year old Emiya K-Ron Wooten was charged with felony first-degree burglary and felony robbery with a dangerous weapon, according to a release from the Morganton Department of Public Safety.

The charges came after officers responded to a pair of calls Friday night and early Saturday morning.
One victim told investigators a man came into his home through a window but left when confronted. Officers searched the area, but were unable to find anyone matching the homeowner’s description of the suspect.

About 90 minutes later officers were dispatched to an armed robbery and burglary on Lyman Court. The victim said a man had broken into his home and held him at knife-point until he handed over his cash and cellphone before fleeing on foot.Police Officers found Wooten walking near the scene.

Wooten ws placed in jail under a $100,000 secured bond and has a court date set for Monday.