On Friday, April 24th, Iredell County Sheriff’s Deputies responded to the intersection of Harmony Highway, and Mount Bethel Road in reference to a pedestrian, which had been intentionally struck by a vehicle.

The suspect vehicle had fled the scene, and witnesses had called to request medical assistance for the victim.

When the deputies arrived, they located the victim lying in a driveway off Harmony Highway. Detectives were called to the scene to begin their investigation into the incident. After arriving on scene, they received information about the suspect. He had returned to a nearby convenience store and was waiting in the parking lot. Deputies received additional information about the suspect calling into report that someone had pointed a firearm at him. 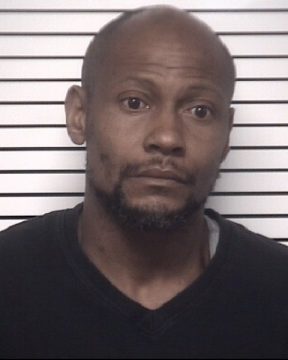 As the investigation of this incident continued, detectives were able to talk to additional witnesses in the area, and learned the driver of the suspect vehicle was 42 year-old Travis Deon Campbell. Detectives also learned Campbell failed to notify 911 operators about striking anyone, only stating a man had pointed a gun at him. More information was learned about an ongoing issue between Campbell, and the victim.

Detectives identified the victim as, Joshua Shwayne Ramseur of Harmony. Ramseur, having been treated at the scene was then transported to a local medical facility, and was later transported to Wake Forest University Baptist Medical Center.

Campbell is charged with: Felony Attempted Murder, Felony Assault with a Deadly Weapon with Intent to Kill Inflicting Serious Bodily Injury, and Felony Hit and Run leaving the scene of an accident with serious injuries. The suspect is being held in the Iredell County Detention Center under a secured bond of $250,000.