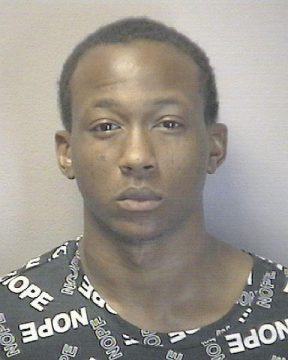 A Hickory man has been arrested in connection to a robbery of a Hickory business. 27-year-old Clifton Ray James Jr. is charged with felony robbery with a firearm. He was taken into custody less than two hours after he allegedly held up a Family Dollar Store on Highway 70 SW Monday morning shortly before 10 am. Hickory Police took James into custody around noon Monday. He was placed in the Catawba County Detention Center.

No injuries were reported during the heist.