A man is in custody after his arrest on Sunday in Alexander County. 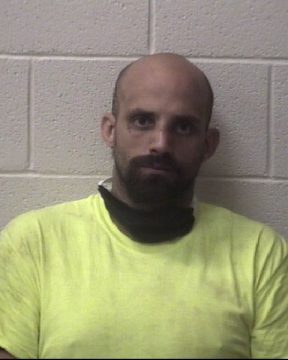 Taylorsville Police responded to the local WalMart store in reference to a report of shoplifting. The suspect identified as 27-year old Randlall Scott Saxon of Moravian Falls, had left the store but Deputies with the Alexander County Sheriff’s Office spotted him operating a vehicle on US 64-90. Officers stopped the vehicle following a brief chase near the intersection of Boston Road.

Saxon is charged with flee/elude/arrest with a motor vehicle and resisting arrest by the Sheriff’s Office. Taylorsville Police charged Saxon with felony possession of methamphetamine, possession of drug paraphernalia, and larceny.

Saxon is being held in the Alexander County Detention Center under a secured bond of $21,200. He is scheduled to make an initial court appearance today in Taylorsville.

Saxon has charges pending in Iredell County that include felony larceny, felony breaking and entering, and felony larceny of a firearm.