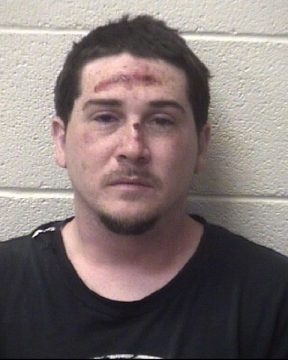 The Alexander County Sheriff’s Office has announced the arrest of 32-year-old Christopher Kyle Chester of Taylorsville. Chester was taken into custody on March 31st and charged with two counts of assault on emergency personnel, felony possession of schedule VI controlled substance, and possession of drug paraphernalia. Chester was placed in the Alexander County Detention Center under a secured bond of $40,000. He was scheduled to appear in court today (April 8th) in Taylorsville.

The two charges involving assault on emergency personnel are related to Chester allegedly physically assaulting two Alexander County Paramedics after they responded to a report of a fall. The Paramedics were not seriously injured, Chester was detained by deputies.