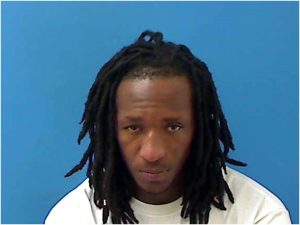 Hickory Police arrested 31-year-old Andrew Marquese Izard this morning on a charge of possession of a firearm by a felon. Izard was also charged with possession with intent to sell and deliver marijuana, possession of drug paraphernalia, and driving with license revoked. Izard was placed in the Catawba County Detention Center under a secured bond of $17,500. He will make a court appearance today in Newton.