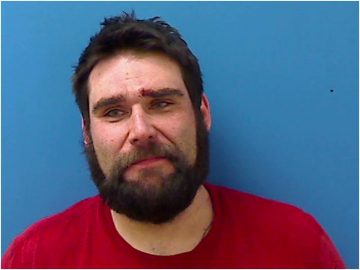 34-year old Clayton Ramsey Lutz was apprehended by Newton Police following a brief chase. Lutz was charged with first-degree burglary, and felony flee to elude arrest with a motor vehicle. Lutz is scheduled make an initial court appearance today and is being held in the Catawba County Detention Center under a secured bond of $5,000.