Taylorsville Attorneys Joel Harbinson and Robert Campbell have filed an injunction to prevent the Town of Taylorsville from imposing 10:00 pm curfew this evening. The injunction was signed this afternoon by District Court Judge Christine Underwood. 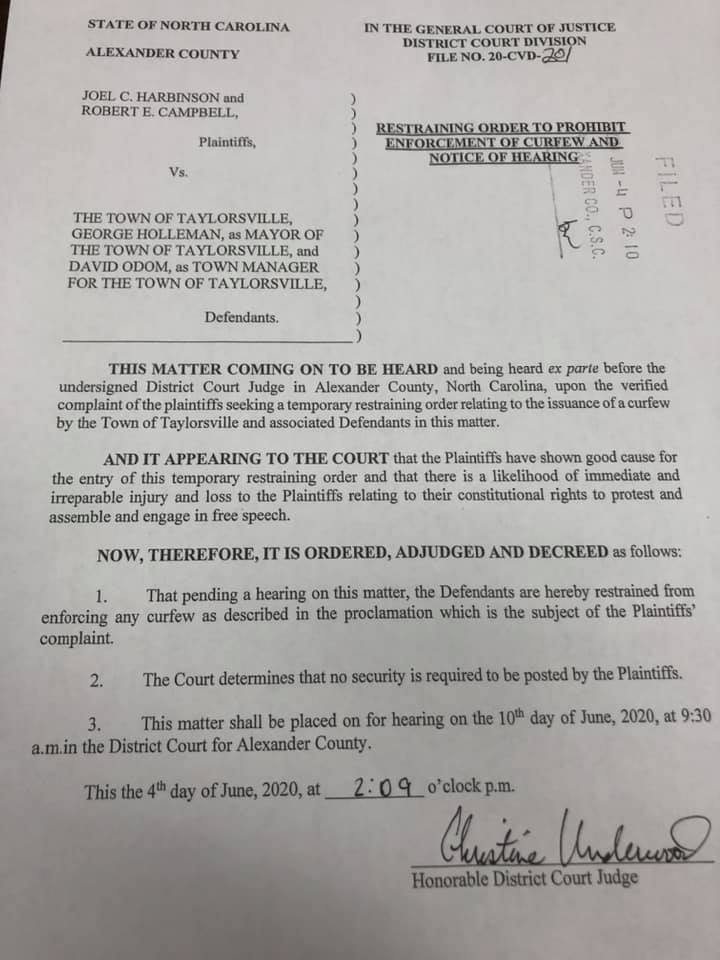 The town issued a statement regarding the curfew this morning, seemingly in regard to a planned protest this evening. The protest is in regard to the killing of George Floyd in Minnesota. Four Minneapolis Police Officers have been fired and charged in connection to the death.

The protest is scheduled at 7pm near on streets adjacent to the courthouse.

Taylorsville Town Manager said this afternoon, “I have not been served with the document, it went to social media, not to me. Taylorsville Police will enforce the laws of the town, the state of North Carolina, and the United States of America including the right of public assembly. If anyone has a question, they can contact Judge Underwood.”

Harbinson will be on B86 Radio this afternoon at 5pm to discuss the injunction.