A Hiddentite woman is facing a series of charges by Taylorsville Police and the Alexander County Sherrif’s Office. 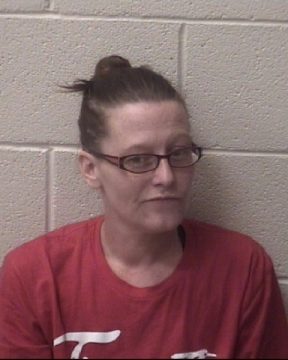 According to arrest reports, Justice was an employee at Mays Meats on East Main (Highway 90) in Taylorsville but was terminated on February 15th. She allegedly broke into the business and stole a large knife and used it to slash several tires in the parking lot. She is also charged with a breaking and entering reported at a residence off Old Mountain Road.

Justice is scheduled to make a court appearance on Monday.