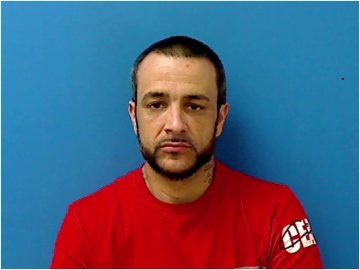 Henderson was arrested in February for breaking into a home. He was also involved in a break-in of a shed housing a mower and other equipment at a church on June 10 of this year. He then attempted to sell the mower at a pawn shop.