Many questions remain after a barrage of gunfire last Thursday night in Hickory but two teenagers are dead and one of them was a former student at Alexander Central High School. 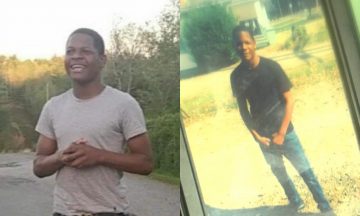 16-year old Devin O’Dariess Lee died at Fyre Regional Medical Center after being struck by gunfire at the Blue Ridge Heights Apartments on First Street SW. A 3-year-old girl was hit with shrapnel and has non-life-threatening injuries, according to the release from police. Lee attended Alexander Central High School until December of 2017. His death was the result of a disagreement between he and 17-year-old Zamare Nadja Davidson of Hickory.

Police believe Davidson fired multiple shots. Investigators won’t comment whether there was more than one gunman and they aren’t commenting on what type of issue existed between the two teens. Davidson was found dead of an apparent self-inflicted gunshot wound. His body was found at a residence in Burke County. On March 20th, Davidson was involved in what was termed an accidental shooting. The victim was shot in her jawl and also lost a finger, according to Newton police. Davidson was not charged.

Jonathan Tyler Laxton, age 20 of Hickory was arrested at the same location in Burke County and has been charged with accessory after the fact of murder.