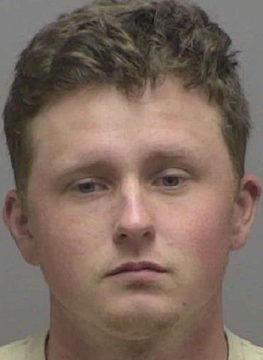 The charges are in connection to an incident in which a suspect shot into an occupied vehicle during a road rage incident. One person was injured as a result of the shooting.

The incident occurred at approximately 10:40 a.m. Sunday as the vehicles involved traveled on U.S. 321 south near the Lincoln-Gaston County line. Deputies were dispatched to the incident and arrived to find both vehicles pulled over on the shoulder of the road.

According to police reports, officers were told that occupants of the vehicles got into an altercation on the highway as they traveled south on Highway 321. During the altercation, one shot was fired through the right rear window of a vehicle operated by a Gastonia woman.

The other vehicle, driven by the suspect, Feldman, also carried a passenger, a female resident of Hickory. Deputies reportedly seized two firearms from their vehicle. A firearm was also seized from the other vehicle. Lincoln County EMS transported the victim to Caromont Regional Medical Center in Gastonia for treatment of a gunshot wound to face. No details on her condition were released.

Feldman was placed in the Harven A. Crouse Detention Center under a $35,000 secured bond. He is no longer listed as an inmate. The other occupant of the vehicle was not charged. Feldman was scheduled to appear in Court on Monday.