A Granite Falls teen has been charged with arson after authorities allege he set fire to an occupied home. 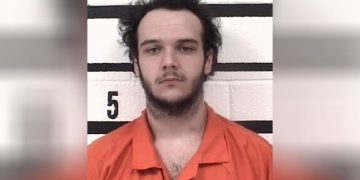 19-year old Austin Ryan Setzer was taken into custody Tuesday by the Caldwell County Sheriff’s Office in connection with a fire that was reported at a residence in the Gamewell Community Tuesday afternoon. Firefighters were able to extinguish the flames but investigators determined the fire was the result of arson. The home was occupied at the time of the fire, no injuries have been reported. Setzer is said to have broken into the home and set fires at multiple locations.

Setzer is charged felony first-degree arson and felony breaking and entering. He was placed in the Caldwell County Detention Center under a secured bond of $150,000. The investigation is ongoing, more charges may be filed.