Quarterback Jayden Birchfield of Freedom High School in Morganton has committed to play college football with the Naval Accademy. 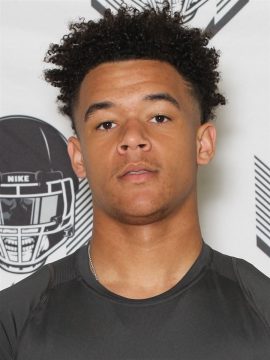 Birchfield had drawn interest from Appalachian State, Coastal Carolina, Eastern Carolina, and NC State among others. As a junior in 2018, Birchfield led the Patriots to an average of 41.7 points per game. He set a Freedom School record with 27 passing touchdowns in 2018 and added another 15 scores rushing. He was named the Northwestern Conference Player of the Year. Following his upcoming senior season, Birchfield will join the Midshipman as a freshman in 2020.