A wanted fugitive is behind bars after eluding officers once but not a second time. 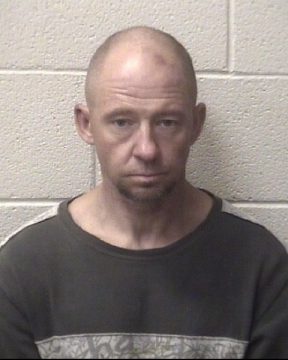 40-year-old Marty Allen Teague of Taylorsville was arrested Wednesday afternoon following a vehicle chase and an intense manhunt. Teague was wanted for outstanding warrants from both Alexander and Catawba Counties.

Last Friday, Teague was spotted at a residence off Telephone Exchange Road in the Bethlehem Community. Deputies with the Alexander County Sheriff’s Office responded to the location after receiving information indicating Teague was there. When the deputies arrived, Teague fled on foot into a wooded area. A search was conducted for hours but Teague was not captured.

This morning a Deputy spotted a vehicle in the Bethlehem Community driven by Teague. A chase ensued that traveled Rink Dam Road to Wayside Church Road. Teague drove into a field and exited the vehicle on foot as did a female passenger identified as Heather Shea Jonas, age 36 of Taylorsville. Jonas was taken into custody but Teague was able to remain free for almost two hours. A massive law enforcement presence was seen along Wayside Church Road and Highway 16 South. A helicopter flew over the area that according to Sheriff Chris Bowman said was “where he was hiding.” A K-9 unit was able to track Teague and he was arrested. Bowman said during the search, “We’re not leaving here without him.”

Teague is no stranger to law enforcement. His criminal history includes a conviction for robbery with a dangerous weapon dating back to 2009 in Catawba County. He was convicted and sentenced to 11 years in prison. He would serve over 8 years and was released in 2017. Since then he has numerous charges in Alexander, Catawba, and Iredell Counties.

Teague is charged with felony flee to elude, two charges of resisting arrest, multiple probation violations and driving while license revoked. Some outstanding warrants include charges of breaking and entering, larceny, hit and run, and multiple traffic violations. Teague is being held in the Alexander County Detention Center under a secured bond of $141,000 with the possibility of more charges to be filed later. 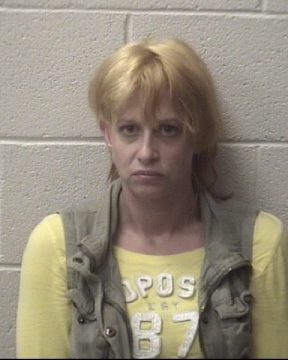 Jonas is charged with felony obstruction of justice and harboring a fugitive. She is being held in the Alexander County Detention Center with a secured bond of $30,000.

As a precaution, Wittenburg Elementary School was placed on Code-In status.