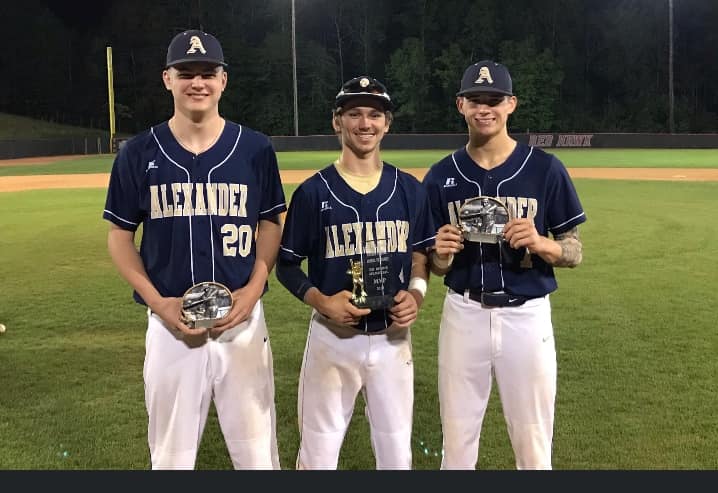 Alexander Central won the Catawba Valley Easter Baseball Classic Wednesday night in dramatic fashion. The Cougars broke a 1-1 tie when they plated six runs in the sixth inning to win the championship. Dalton Stikeleather’s big two-run double was the big knock for the Cougars. Dawson Elder got the win on the mound, Stikeleather was named the Tournament MVP. He was joined on the All-Tournament Team by teammates Maddox Kerley and Bryson Hammer.

The Cougars have hit their stride of late winning 6 games in a row. Next week the Northwestern Conference Tournament begins.