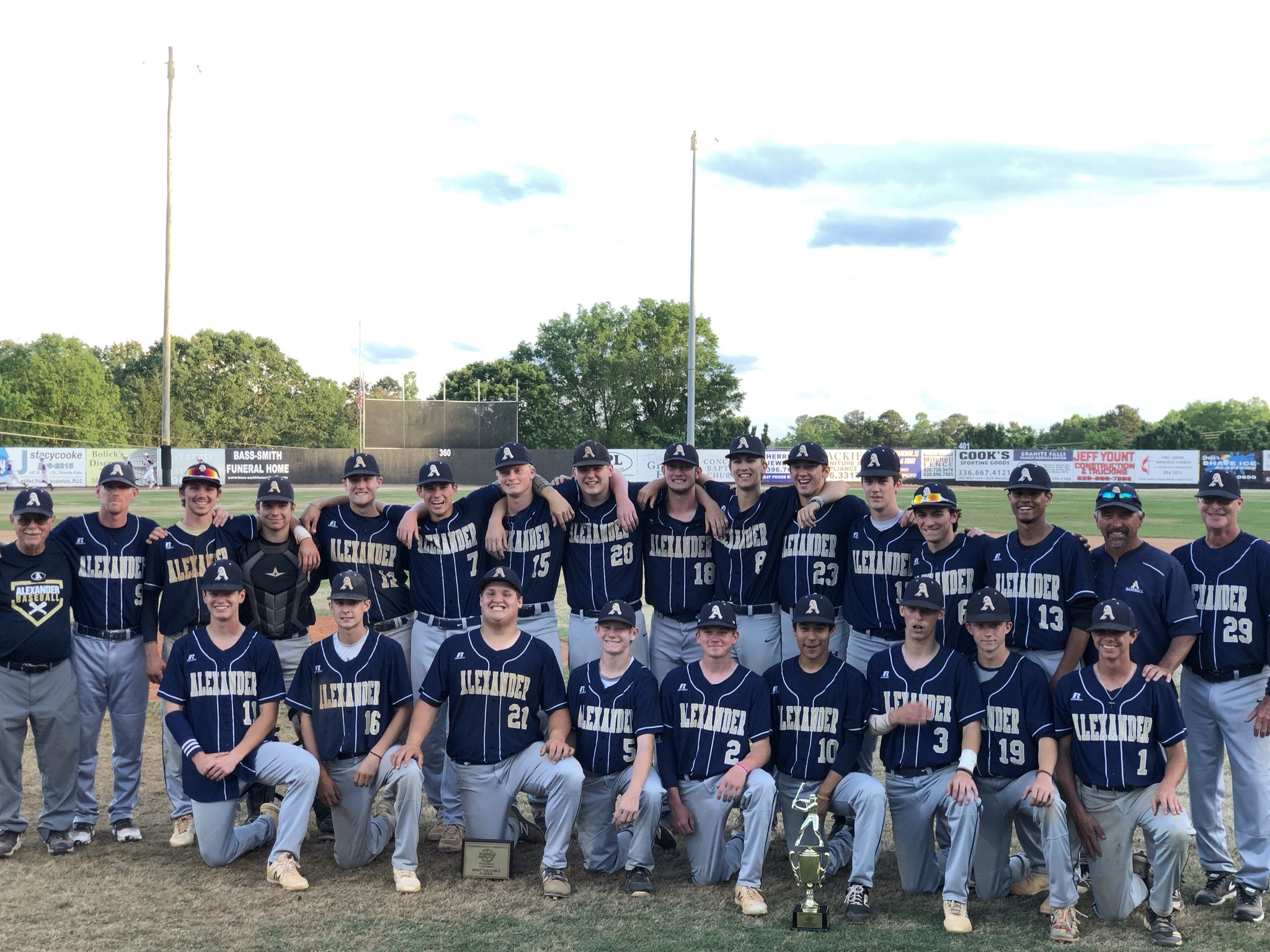 Alexander Central won the Northwestern Conference Baseball Tournament with a 5-4 win over the host South Caldwell Spartans on Friday in Granite Falls.

Click Link To See video of Sigmon Home Run
https://twitter.com/alexcentralhs/status/1124449068212731905?s=12&fbclid=IwAR2I-j09MjnKMEYtUmnXBFXi1ktYh1o3aJAkDptu77r2QlnDOlfXxSBpyNc
Seth Sigmon hit a two-run opposite field homerun in the 5th inning and the Cougars winning streak reached 9 games. Alexander Central took the early lead in the first inning but South answered in the bottom half of the inning with a run of their own. The Cougars held a 3-1 lead into the bottom of the fourth when the Spartans scored three times to take a 4-3 lead. Sigmon’s clout put the Cougars on top to stay in the fifth.

Maddox Kerley got the win for AC and Jeremy Simpson picked up the save and coach Pete Hardee’s Cougars celebrated a conference tournament title on the Spartans field for the second straight season.

Sigmon was named the tournament Most Valuable Player. The Cougars actually picked up another win Friday when they were informed that Davie County had used an ineligible player in a game the War Eagles had won earlier in the season. That game is now forfeited to Alexander Central making their record for the season 20.7.

The pairings foe the state playoffs will be announced Monday. It’s likely the Cougars will host a first round game on Tuesday.