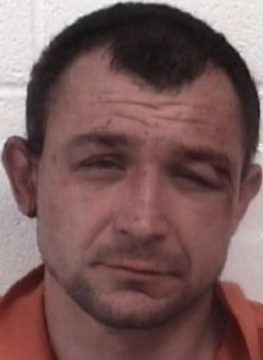 A Lenoir Man has been charged with spitting on a magistrate.

35-year-old Ryan Michael Dewitt Johnston was charged Thursday by the Caldwell County Sheriff’s Office with felony assault on an executive legal court officer in addition to three counts of communicating threats and resisting a public officer.

Johnston is being held in the Caldwell County Detention Center under a secured bond of $22,500. He is scheduled for a Monday Court appearance.