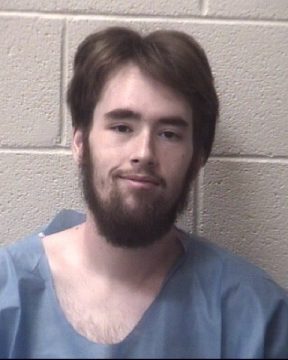 A Stony Point man is in custody following an incident over the weekend that involved gun violence.

When law enforcement arrived, Young walked onto the porch of the home armed with a shotgun. He was ordered to “put the weapon down” which he did. Officers quickly took Young into custody.

Inside the home was evidence that multiple shots had been fired into walls and into a number of television screens. Young was also armed with a knife and had made threats that he would “shoot officers when they arrived” according to an Alexander County Sheriff’s Deputy.

This is not the first time Young has been charged with gun violence. In 2016, he was charged after an incident that also took place in Eastern Alexander County. Young was convicted of discharging a weapon into occupied property and multiple counts of wanton injury to personal property. He was given a suspended sentence and three-years probation on September 26th, 2017.

Young is charged with possession of a firearm by a felon, and four counts of assault with a deadly weapon on a government official. He is being held in the Alexander County Detention Center under a secured bond of $750,000. Young is scheduled to make an initial court appearance today in Taylorsville.

***Update*** A new charge was added against Young on Monday. He is now charged with felony probation violation. His total bond was increased to $825,000.