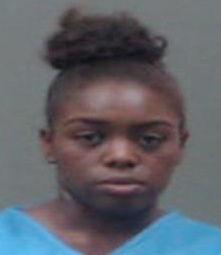 A woman is charged with murder in Wilkes County after her 9-month-old infant died after being left inside her car while she was at work for several hours on Thursday. The baby boy was “lifeless and not breathing” when he was brought to Wilkes Medical Center by his 23-year-old mother, Kayla Rodgers, according to the Wilkes County Sheriff’s Office.

Deputies said they were called to the hospital at 4:20 p.m. to investigate the infant’s death. Upon further investigation, it was learned that Rodgers knowingly left the child in an unattended parked car while she was at work in the in the Boomer community of Wilkes County. The child was left unattended in the vehicle for several hours.
Rodgers is charged with murder and felony child abuse. She is being held in the Wilkes County Jail without bond.