Release from the North Carolina Department of Public Safety

RALEIGH – An offender was stabbed to death by another offender during an altercation at Alexander Correctional Institution on Wednesday night. 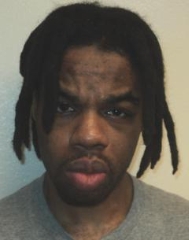 Offender Christopher Parker, 33, (0789551) was stabbed with a homemade weapon around 10 p.m. in a housing unit at the prison. He was transported by EMS to a local hospital, where he was pronounced dead at 11:51 p.m.

Local law enforcement was immediately notified and is investigating. The Department of Public Safety is fully cooperating with the investigation and has launched an internal investigation as well.

The prison was placed on lockdown.

2010: Parker was convicted of 1st degree kidnapping in Sampson County