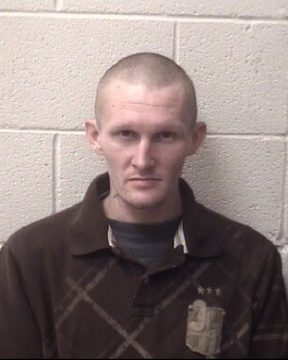 27-year old Kenneth Lee Bollinger of Taylorsville was taken into custody Monday morning following an incident at a Taylorsville business.

Taylorsville Police responded to the Little Market Basket Convenience Store on Highway 16 South concerning a man who was allegedly harassing customers. When Officers arrived, they made contact with Bollinger who was armed with a knife. Bollinger had previously been cited after complaints at the same business. Bollinger initially resisted officer’s requests and was told that he would be subjected to a taser. He surrendered the knife as was charged with second-degree trespass and resisting a public officer.

Bollinger was placed in the Alexander County Detention Center under a s secured bond of $2,500.