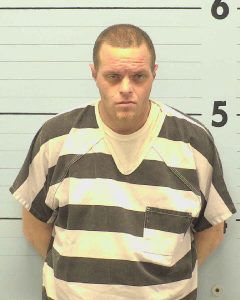 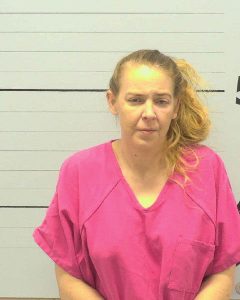 Last Friday morning the Burke County Sheriff’s Office responded to a theft at 1185 Drexel Road, Morganton, where two Ford Cutaway Van Trucks loaded with furniture were stolen. The total value of the vehicles and property stolen is $30,000. After receiving a tip, deputies arrived at the suspects’ residence at approximately 5:30 p.m. Friday and found the two stolen trucks still loaded with the furniture.

The suspects were at the home and fled on foot when officers arrived. Laws was found hiding under a shed’s crawlspace at a neighbor’s house about ten minutes later. Saunders fled into the crawlspace of the suspects’ home and entered the mobile home through a hole cut out in home’s floor. He then refused to come out of the residence.

As Burke County SWAT was enroute, negotiations continued with Saunders via telephone. Saunders eventually exited the residence with his hands up and surrendered. He was taken into custody just before 8:30 p.m. According to the Burke County Sheriff’s Office, during an interview, Saunders gave a full confession. Both trucks and all of the furniture were recovered.

Saunders bond was set at $30,000 secured, he remained in jail as of this morning. Bond for Laws was set at $50,000 secured, she was not listed as an inmate today. They were both scheduled to appear in District Court Monday,