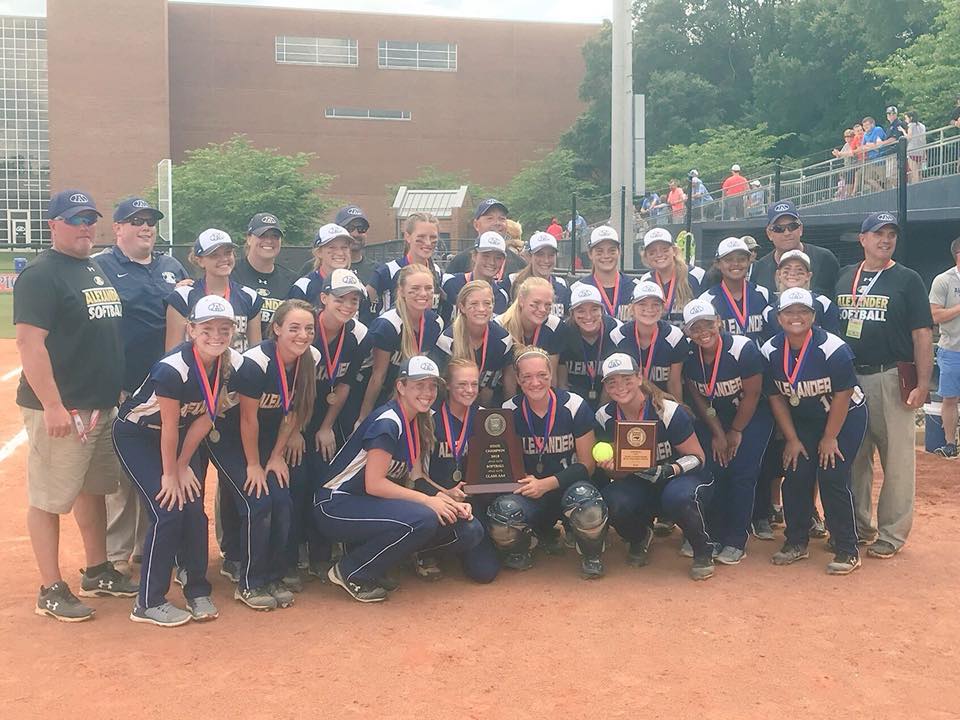 Alexander Central captured their 10th state softball championship Saturday with a dramatic come from behind win over Cleveland. The Lady Cougars are being called by some a team of destiny, a surprise champion, some have even tabbed them lucky. Probably the most accurate description is resilient. Coach Darrel Adkins’ team claimed their share of dramatic victories in 2018 but the 6-4 win on Saturday to clinch the title will be talked about for years.

After winning Friday night 2-0 despite getting only one hit, ACHS found themselves down 4-1 going to their final at bat in the seventh inning on Saturday. After two quick outs, it was pretty obvious there would be a game three played at UNC Greensboro. Fans were making plans to head to lunch and come back a few hours later for the deciding game. Add another dose of “magic dust.” Lanie Goforth walked, Julie Gast delivered a single. Chesney Millsaps lined a base hit to the right field gap and the nine time State Champions were within 4-2 and some of the faithful that were heading for the exits, started returning to their seats. Alexis Walter shot a line drive to right center and two runs scored making the throng from Alexander County roar and the visitors from Johnston County wonder how could it happen ? Cleveland was able to get the final out of the inning and failed to score in the bottom of the frame.

Extra innings were for the most part uneventful until the 11th when Alexa Rash singled with one out. Two passed balls later and Rash was standing at 3rd with the go ahead run. Gracie Rhoney’s sacrifice fly gave Alexander Central a lead and they would plate an insurance run as well. But wait, more drama ! In the bottom of the 11th, AC had put the Rams against the wall with two quick outs. Then came a mysterious weather delay. Mysterious in that the sun was shining bright and no lightning was seen. Radar, however detected a system near enough for the North Carolina High School Association to put a halt to the action. Spectators, coaches, and players were equally upset with the decision but the field and the stands were cleared. After an hour that brought virtually no clouds, no visable lightning, nor rain, the action resumed. Chesney Millsaps, who threw every pitch this season for the Lady Cougars walked a batter but retired the next and it was official, Alexander Central was the State 3A Champion. 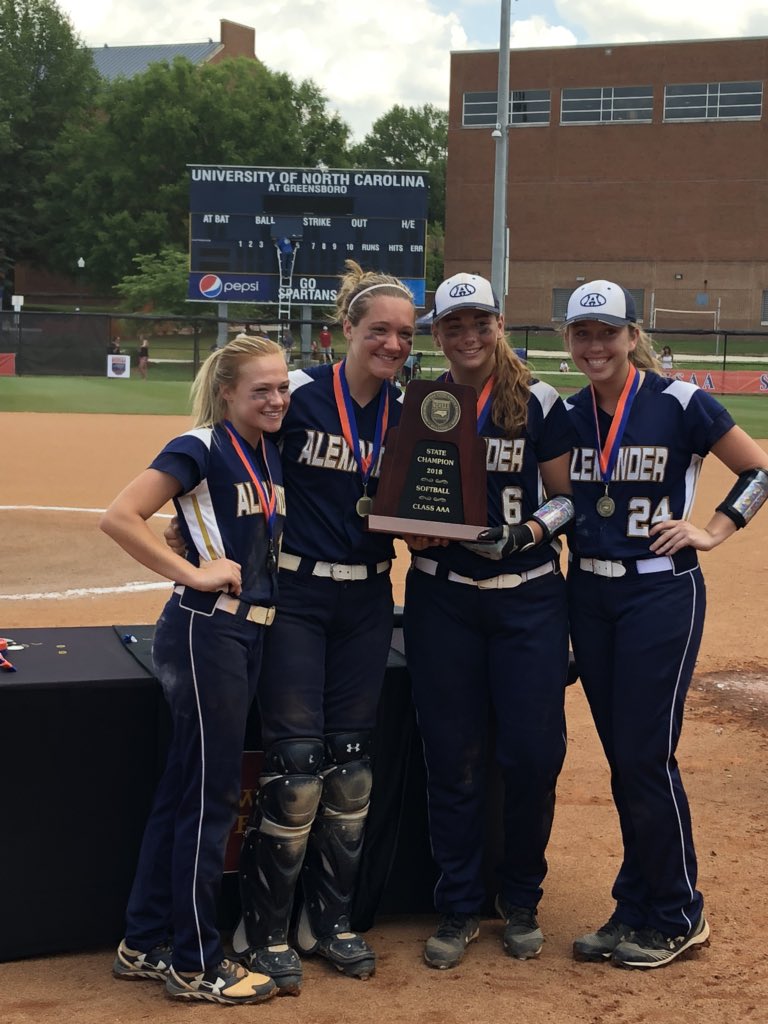 Millsaps was named the MVP of the Finals which was more than fitting. Coach Darell Adkins gets his first state title after taking over for and living in the shadow of Monte Sherrill, who had captured 8 of the 9 ACHS State Championships. Adkins, after getting the traditional dousing from his celebrating team smiled and held up the ball that was used for the final out bringing another roar from the faithful Cougar fans.

Call the 2018 Lady Cougars what you may, but don’t fail to include Champions !